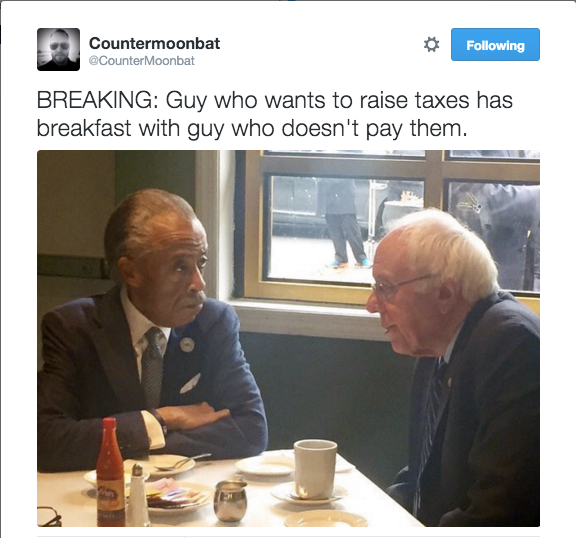 Presidential candidate Bernie Sanders says the system is rigged, and that the rich and powerful don’t pay their share in taxes.
Since Sanders is desperate to get support from black voters, he is meeting with Al Sharpton.
Never mind the fact that Sharpton doesn’t pay HIS fair share in taxes. His businesses reportedly owe $4 million + in taxes.
Yes, the system is rigged in favor of Al Sharpton.
And by reaching out to Sharpton, Bernie Sanders proves he is just another corrupted politician